That humungous rubbish dump is now al-Azhar Park, a huge project undertaken by the Aga Khan Trust for Culture AKTC , and perhaps the only restoration work in the entire city about which there is no dissent. It will outline the saga of the city from the pharaohs to the settlement founded by the Fatimids al-Qahira and added to by successive regimes. Strangely for such a historic city, Cairo has no such place where locals and visitors can get an overview of its story; this museum will fill the gap.

And so the old city lives on. In the northern part of the Old City, which has always been more commercial than residential, coppersmiths and glassblowers work from the same tiny shops they always have, their work now displayed in elegant boutiques that have sprung up. Sign up today for free and be the first to get notified of new articles, new competitions, new events and more! Toggle navigation. Go Polar Antarctica. Editors picks Most popular. You need someone who has character.


The final piece of evidence, which is hard to explain other than by vote lending, is that Mr Johnson's total increased by four between the two rounds, fewer than the number of MPs who said publicly they would support him. A Johnson source insisted the claims were 'nonsense'. But seasoned observers will suspect otherwise. Perish the thought! The Environment Secretary, whose campaign at one stage looked to be fatally damaged by his cocaine admission, had dramatically leapfrogged ahead of Mr Hunt in the fourth ballot earlier today.

But the Foreign Secretary managed to claw his way back to secure a place in the head-to-head by just two votes this evening, amid claims that he might have been 'loaned' backers by Mr Johnson to settle old scores. Many of Mr Johnson's acolytes have never forgiven Mr Gove for betraying him in the leadership contest, when he pulled his support at the last second and launched his own abortive bid. There were gasps as the incredibly close result of the fifth ballot was announced in committee room 14 in Parliament this evening, with the front runner securing votes, Mr Hunt 77 and Mr Gove The figures immediately fuelled rampant speculation about tactical voting, as Mr Johnson only increased his tally by three votes between the final rounds.


Gove, pictured leaving Parliament, narrowly came last in the voting missing out on the final round by two votes to Foreign Secretary Jeremy Hunt. There are claims Mr Johnson's allies helped evict Mr Gove pictured left at Parliament today from the contest, with Jeremy Hunt right taking the second spot in the run-off.

Sajid Javid was eliminated after coming last in the latest ballot of MPs today - securing just 34 votes from MPs. At least four Javid supporters - Chris Skidmore, Kevin Foster, Chris Philp and Mike Wood - had publicly announced they were switching to the Johnson camp after their candidate was kicked out this afternoon. She said she was travelling on the train when she received the messages.

Ms Sandbach publicly supported Rory Stewart for the leadership. Ms Sandbach posted copies of the messages she received from her fellow MP and said 'is it any wonder three female MPs left'.

According to Ms Sandbach: 'Barely is the ink dry on the results and the dark ops begin. This from a male conservative MP to me as I sit on the train home. Is it any wonder three female MPs left. Ms Sandbach posted a grab of two messages. One which arrived at 7. A second which arrived a minute later said 'time you left the party I think'. Ms Sandbach did not name the male MP who sent her the messages although she indicated on Twitter she would be reporting the matter.

Tory leadership hopeful Jeremy Hunt said the message sent to Ms Sandbach was 'so wrong' and called for unity in the Conservative Party. He tweeted: 'This is so wrong! We have to come together as a party MailOnline contacted the Conservative Party who said they have no comment to make on the allegations. Mr Gove put a brave face on the crushing disappointment tonight, tweeting: 'Naturally disappointed but so proud of the campaign we ran.

Huge thanks to my brilliant campaign team. Many congratulations to Boris and Jeremy! Mr Johnson said he was 'deeply honoured' to have secured endorsements from more than 50 per cent of Tory MPs. Mr Hunt said Mr Gove was still one of the 'brightest stars in the Conservative team'. Mr Javid said his party will need Mr Gove 'more than ever to face the challenges ahead' after the Environment Secretary was knocked out of the Tory leadership contest in the fifth round of voting.

Mr Johnson said he had agreed to take part.

Mr Gove's campaign manager Mel Stride declined to say that the vote had been rigged, but admitted the revelations about Mr Gove's cocaine use two decades ago had damaged his leadership bid. MPs were anxious about the prospect of continuing the long-running struggle between Mr Johnson and Mr Gove - whose rivalry stretches back to when they were at Oxford together.

Pitting them against each other in a month-long contest for votes from Tory members could see blue-on-blue attacks plunge to new depths. The allegations of skulduggery risk pouring petrol on the simmering civil war that has been threatening to rip the Tories to pieces. 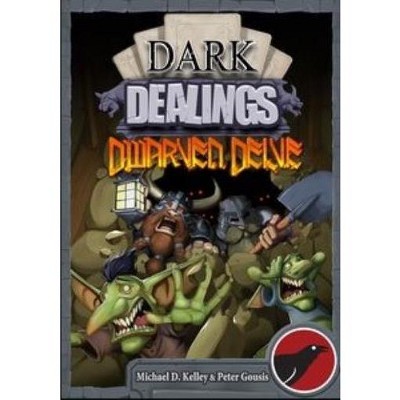 Rory Stewart, who was knocked out last night, has blamed 'dark arts' for his demise - with claims Johnson's allies propped him up with votes to ensure rival Dominic Raab was evicted, before pulling their backing. Cabinet minister Amber Rudd, who is campaigning for Mr Hunt, this morning urged Mr Johnson to condemn the 'game playing' by his fans.

But asked as he went in to vote today whether he knew anything about the 'dark arts', Mr Johnson merely smiled and said: 'No. This is revenge porn. Mr Hunt also ramped up his rhetoric against the front runner, urging his colleagues to recognise the party 'can do better than Boris'. And underlining the warnings about the 'psychodrama' between the other candidates, he said: 'Critical decision now for all colleagues is what choice do we present to the country? And what future? The surge for Mr Gove, who added 10 to his tally in the ballot earlier this afternoon, set alarm bells ringing among the Hunt team.

The two men are said to have patched up their differences at a personal level, but the hatred between their respective camps is tangible. The former Chancellor has been a trenchant critic of Brexit both in the Treasury and then as editor. But in its op ed, the paper insisted Mr Johnson was the best choice and could run the country as a One Nation Tory. Asked if the 'dark arts' were being used to mobilise votes he replied: 'Perish the thought.

Former Cabinet minister Stephen Crabb, a Javid supporter, said he hoped there had not been tactical voting. He said it would 'smack of hypocrisy' for the party if it had taken place. But he also took a swipe at his public-school educated rivals in the contest, saying he had made it in politics despite not having 'private tutors'. Tory leadership hopefuls were today threatening to boycott a BBC TV debate after the first showdown descended into a shambles.

The special programme featuring five would-be PMs has been widely condemned after it emerged one of the 'ordinary voters' posting questions was an imam who had previously posted vile tweets about Israel. Another was a former Labour staffer.

There was also fury about the format - which contenders complained made them look like an aging boyband - and how presenter Emily Maitlis weighted into the exchanges. The debacle has cast serious doubt on a proposed Question Time-style debate between the final two, which would be hosted by Fiona Bruce. A source on Johnson's team said the controversy 'hasn't helped the case', while other campaigns also warned that they would be looking more carefully at what was put forward. Julian Knight, a Conservative member of the culture select committee, said: 'People look up to the BBC but the format and editorial failings were such that they actually produced a much worse debate than Channel 4.

Mr Johnson received a boost from an unexpected quarter today with endorsement from the Evening Standard - edited by former chancellor George Osborne. Mr Osborne has been a trenchant critic of Brexit both in the Treasury and then as editor. Meanwhile, Mr Stewart said former competitors have been in touch trying to win him over - but insisted he would not be backing anyone publicly.

It is disgusting and really makes you feel for her.


The problem that consumes her is how to get Fallon away from her beloved Reist. The issue with this is that Ava secretly views moments between Fallon and Reist that makes it clear that they probably love each other. After reading a tender moment between the couple, I rolled my eyes every time Ava talked about how Resit should be hers.

I really wanted to slap some sense into her and tell her to move on!