What inspired your latest book?

And what if… during his exile, there was a cataclysm that wiped away the old regime, wiped away everything, and that disgraced lord was the only one who might be able to put it right? What if…. What if… a group of former convicts were the only hope the world had? What do you think readers will like about your book?

I also try to show you a world that makes you want to explore it, to discover its secrets.

I write the kind of book I like to read. How do you find time to write and do a demanding job? I actually got my MBA so I could afford my writing habit! Before my books were published, I wrote every time there was a free moment, usually at night after the kids went to bed, or early on Saturday mornings before everyone else got up.

Now, I write a couple of days a week, and do my speaking and client work in the remaining days. Would you share a bit about your next project? Why is the failure of magic so important? I really started with the idea of exile, and what would it have been like if England had sent its prisoners north to somewhere like Iceland or Greenland instead of to Australia.

Then I started to think about why a character would be exiled, and murder was a good reason. A: Being sent into exile in an arctic prison colony is bad enough, but having the magic fail is like losing the power grid—it takes away an important factor for survival. I had focused on really big magic in my first books, and in Ice Forged, I wanted to look at what it would mean to lose the little magics that people used in their everyday lives.

Food spoils, herds die, crops fail, magical repairs to buildings and ships fall apart, and things people used magic to do as a short cut now needed to be done the old fashioned way, which few remember. Velant is the same distance as a sea journey from Donderath that Australia was from England, in good weather.

The weather is dramatically different, harsh and inhospitable. 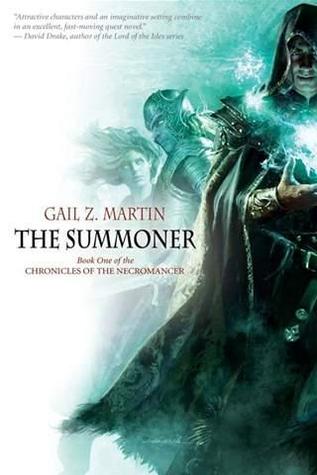 It gets the arctic 6-months of day and night. The guards are likewise exiled because they were unsuitable for normal military life and civilized society. While many of the convicts were exiled for real crimes, many more were sent away for petty infractions, political reasons, or just being poor. Her books are available in bookstores worldwide and on Kindle, Kobo and Nook.

Martin , Ice Forged. A: Ice Forged is my most recently published book, which launched in January Losing magic for the people of Donderath is a lot like it would be for us if the power grid went down permanently. The only man who might be able to restore the magic is a convicted murder and disgraced lord exiled to a prison colony in the arctic.

Reign of Ash is the sequel, and it will come out in April, And I liked the idea of doing a post-apocalyptic story in a medieval setting because there are so many end-of-the-world stories set in modern times. I wanted to do something different. I know all the words to every song from Camelot! That got me interested in real history, and I read a lot about kings, castles, wars and then of course, magic.

Then I got into reading mythology and folklore, and when you put it all together, I started thinking up stories of my own! From the very first book, The Summoner, I knew I wanted to reach out to readers and make a personal connection. Social media makes that very easy. My Jonmarc Vahanian Adventures explore the back story of one of the most popular characters from my Chronicles of the Necromancer books. The Deadly Curiosities Adventures were a world I originally created for anthologies, but I started having so much fun with the characters, I wanted to write more stories.

Sure, such fascinations, both literary and religious, have come and gone in times past. Pick your poison—climate change, asteroid collision, bio-warfare, zombies, or mad scientists, there are plenty of ways to die. Personally, I prefer magic. In Ice Forged, and the upcoming Reign of Ash, Books 1 and 2 in my Ascendant Kingdoms Saga, mages on both sides of a devastating war use magic as their doomsday weapon. They manage to destroy civilization on their continent, and magic itself. Apocalypse-by-mage was a twist that intrigued me. Magic, in the world of the Ascendant Kingdoms, does for them what technology does for us—heals the sick, makes routine tasks easier, reduces effort, and controls the environment.

Long ago, people used to do those things without magic, but since the wild power was harnessed so that it could be controlled by humans, people have forgotten the old ways. I watched those shows, riveted, as it speculated that in about years after all people disappeared, the world would heal itself and most of our structures would be largely obliterated. That concept served well as I imagined the apocalypse in Ice Forged. Not only do survivors of the war endure hardship because of the fire that rained down from the skies in a powerful magic strike, they also suffer because there is no magic.

Few people know how to treat wounds, protect crops from pests, or do many other essential tasks. Not only that, but the once-harnessed magic, returned to the wild, becomes a violent force of nature, creating dangerous storms and unnatural monsters. So when exiled convict and disgraced lord Blaine McFadden discovers that he might be the only one who can restore the magic, the stakes are high.

Even if he can restore the magic, it may not function the way it did before, and in any event, the kingdom is in rubble, its leaders dead. It helps to start by thinking about the role magic plays in the world you want to build. Where does magic come from? Is it something that comes from inside an individual, like a talent, or is it a natural force that some people can channel better than others?

How many people can do magic?

A society in which everyone can do a little magic is going to be very different from one in which only a few people can do very powerful magic. Is magic an open fact, or something hidden? Are magic users accepted and valued, or feared and persecuted? This will make a big difference for your character. Do some parts of society feel differently about magic than other groups?

What does magic cost the mage? There must be limits. Maybe magic causes a severe physical reaction, like headache or weakness that limits how much a single mage can do without dying. Perhaps magic can burn a person up if handled wrong.


How does your character feel about magic? If so, does he see it as a good thing? If not, does she wish she had ability? Is power a blessing or a curse, or just a tool to be used? If magic is rare, does the character feel special? Once you have a clear idea about how magic works in your world and how mages function, it becomes a lot easier to develop your mage characters and set them in a world that functions with logical rules. Writing about magic and mages is part of the fun of creating a fantasy world, one of my favorite parts.

Whether you write magic or just read about it, the next time you come upon a magical system, pay attention to how it works. After all, that author worked hard to make magic!